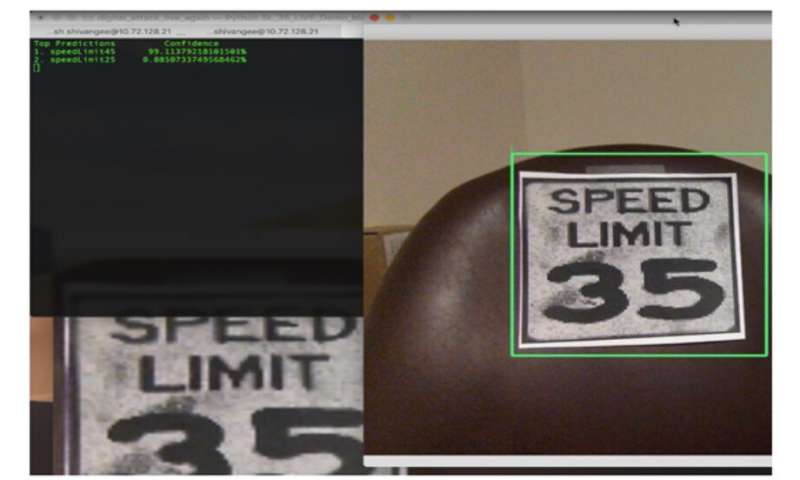 Can a little strip of tape on a 35-mile-per-hour speed limit sign cause a self-driving car to accelerate? Yes—and press attention, too. Researchers from security company McAfee wanted to see if they could dupe a Tesla car into thinking the speed limit was different than posted, and they succeeded.

A two-inch piece of black electrical tape across the middle of the 3 in a 35 mph speed limit sign tricked Teslas into accelerating to 85 mph. A February 19th demo video titled “McAfee Demonstrates Model Hacking in the Real World” showed what happened: In the video, McAfee researchers started the car moving forward and the Mobileye camera misidentified an 85-mile-per-hour speed limit sign. The driver engaged traffic-aware cruise control, and removed feet entirely off the gas and brake pedals. The Tesla began to accelerate to 85 miles per hour. For safety reasons, the researchers said, they cut it short.

2 weeks ago by Joshua Swingle - phonearena

2 weeks ago By JIM SALTER - arstechnica

2 weeks ago By ericsson

A new Motorola Razr could launch this year with 5G

2 weeks ago By Jay Peters - The Verge